Mission
To protect Sandhill Cranes and their habitat in Homer, Alaska and the surrounding Kachemak Bay area through citizen science, research projects, education, and collaboration with other groups dedicated to crane protection. 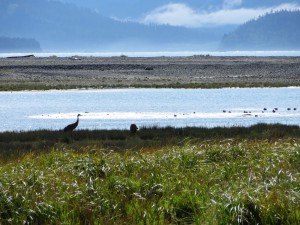 History
In 1996, Edgar Bailey and Nina Faust established Kachemak Crane Watch to track the abundance and distribution of Sandhill Cranes from Anchor Point south to the head of Kachemak Bay.  During this time locals were noting increasing mortality of cranes and other wildlife due to an over abundance of Bald Eagles, loose dogs, and other causes.  At this time, no one really knew how many cranes there were and where local cranes were nesting, roosting, feeding, or spending the winters.

In 2008, Kachemak Crane Watch, in cooperation with the International Crane Foundation, funded a Satellite Banding Project to track the movements of Homer’s cranes.  Gary Ivey, a leading expert on cranes and the project manager for ICF’s Pacific Flyway Habitat and Conservation Program, was contracted to capture and band 10 Homer area Sandhill Cranes (https://www.youtube.com/watch?v=QY2wm-TlTgo). The project revealed movements of the non-breeding flock around Homer and tracked the migration route to the Central Valley of California near Sacramento.  The information has been invaluable in identifying important roosting and feeding areas in the cranes’ wintering grounds, an area that is rapidly developing. 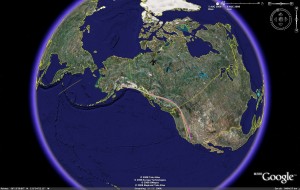 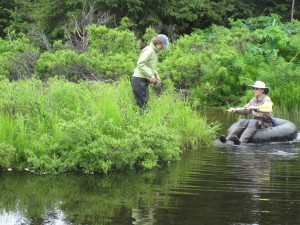 In 2012 and 2013, Kachemak Crane Watch sponsored fall pre-migration count days.  For three days, local cooperators were encouraged to call in their sightings of Sandhill Cranes and colts around the area.  By correlating the times, dates, and locations of sightings, KCW was able to make an estimate of the local crane population.  KCW estimates the local population is holding stable at roughly 200 cranes. 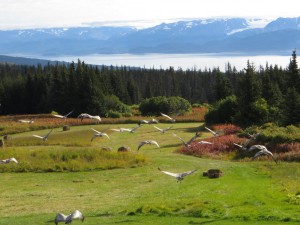 Habitat
Sandhill Cranes use a variety of habitats for nesting around the Kachemak Bay region.  Nests are frequently located in upland areas among pushkie, native grasses, and fireweed.  An island within a pond makes an ideal nesting area.  Bogs, marshes, or estuaries are also used.  Around Homer and Anchor Point, Sandhill Cranes are often found nesting near people’s homes.  It is difficult to know for sure why so many crane pairs are nesting in the urban/rural areas here, but one long-time resident believes it is partly because people have started putting out corn to attract them.  Another theory is they discovered there is protection from numerous Bald Eagles, loose dogs, coyotes, and other predators near trustworthy human neighbors.  It may be a combination of both, or other reasons.  As the community grows, more habitat the cranes traditionally use for nesting is being developed for homes or businesses.  In some cases, the cranes learn it is safe to remain in the area. 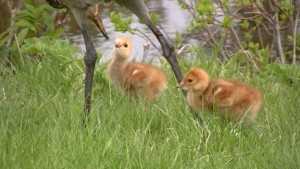 Non-breeding cranes hang out in flocks frequenting wetlands, hayfields, large mowed lawns, and low-tide areas.  Each spring when the cranes return from wintering in the California Central Valley, the first year cranes will return to the nesting territory with their parents, but only briefly.  They are quickly forced to leave. The young cranes then join a flock of non-breeders flying to various feeding areas during the day and to a communal roost, usually a wetland area with shallow water. at night. 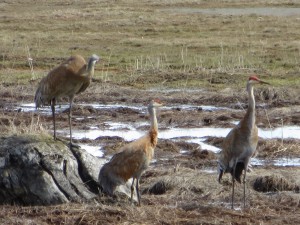 Future
In late 2014, the Center for Alaskan Coastal Studies’ Board of Directors voted to adopt Kachemak Crane Watch as a project under the umbrella of their organization.  The Center for Alaskan Coastal Studies (http://www.akcoastalstudies.org/) will be a great partner for Kachemak Crane Watch because it is a non-profit organization whose mission is to engage people with the natural world through science-based environmental education and stewardship.  Both groups envision partnering in Sandhill Crane education in the community and schools through videos, presentations, tours, nature walks, and collaborations with other groups such as the Alaska Maritime National Wildlife Refuge and The Pratt Museum.

In 2019 the Center for Alaskan Coastal Studies acquired Inspiration Ridge Preserve. Summer 2020 KCW began working with CACS naturalists to provide natural history tours on the new Preserve, including some Sandhill Crane tours and programs for the general public. 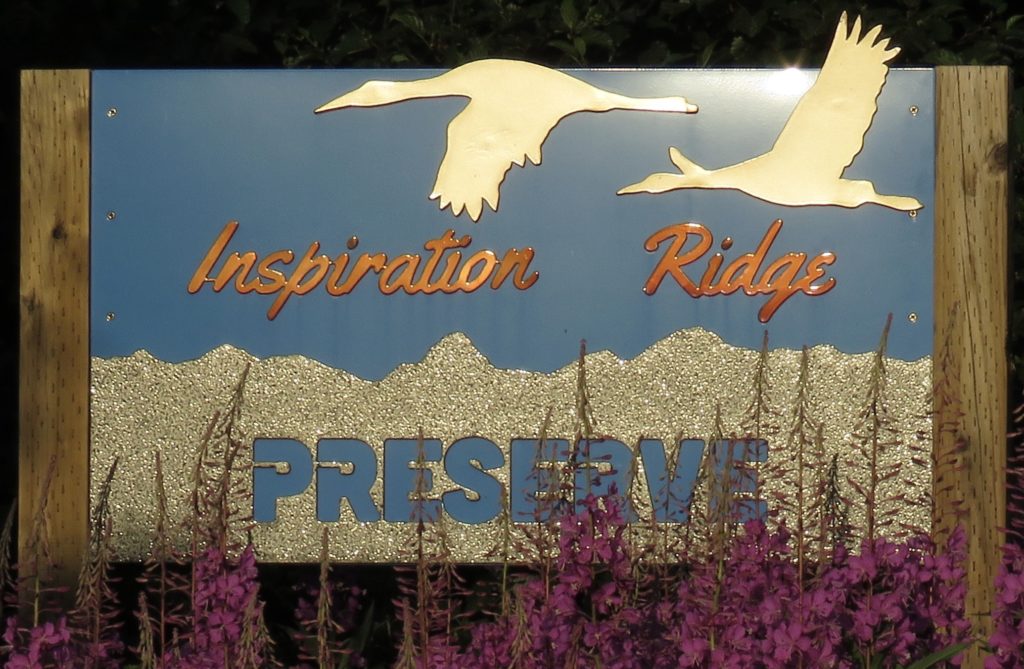 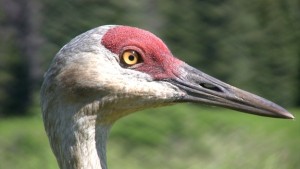